It’s been a few days since I’ve written because we brought home an adorable pup on Saturday night- and she has kept me quite busy. We did go to the adoption event Saturday morning but they only had older, larger dogs, and while there were really cute pooches, I wanted a puppy. We ended up at North Shore Animal League in Long Island by that afternoon and there were so many adorable pups, it was ridiculously difficult to choose. 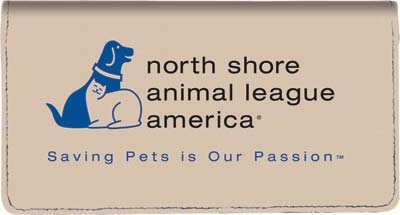 There were two rooms of puppies and we looked at every single one for about an hour. Then workers just wheeled in another set of cages with new arrivals and she was in that batch. She was a quiet, mushy, black lab that stared at us with those “take me home” eyes. Another pup, a boy also caught our eye and we considered bringing them both home, but North Shore only allows one adoption at a time.

I cannot say enough about North Shore. Good Day NY’s Brett Larson first referred me to North Shore because that is where he found his beloved pooch, Dexter. Dexter is just the kind of lab mix I wanted, and Brett said they had quite a few lab mixes. The people who work there are wonderful and you can tell they really care about their pets. They were kind and knowledgeable and worked with you to find what was right for your family. Plus, the place did not even smell! The pets are so well cared for and given attention. I have never been to a shelter that cared so much.

After you choose your pup (or kitty), you go through an application process and they do background checks. You need utility bills, vet referrals, personal references, etc… And they do deny people from adopting their pets. I love this aspect because they don’t let their animals go unless they are sure they are going to a loving home. Once the application is filled out, ID’s handed over, and references written down, you go to an adoption processing center where you wait while they check you out and decide of you can adopt. Then they call you back in and let you know if you can adopt.

It’s exciting…you walk back in and they say Congratulations! And you feel like you won the lottery. After that, you pay an adoption fee and sign some forms while the vet assesses your pet. Then you meet with the vet to go over the pet’s health and discuss pet care. Our pup was given shots, dewormer, and given a clean bill of health. Sadly, some of the pups had upper respiratory infections due to stress and weakened immune systems. Many of the pups come from the South so there is no way of knowing exactly what each of them has been through. North Shore recently rescued over 65 mill dogs that were slated to be euthanized, and brought them from Missouri to their Long Island location.

The sick pups could still be adopted, but were on medications. They would be fine, but it’s heartbreaking that in their little eight weeks of life, they were subject to so much stress. We’re not sure exactly where our pup came from, but she slept like a baby on our laps the whole first day and it seems like she was exhausted. All these poor pups have been stressed in one way or another.

So now without further ado, I present Django (Jango): 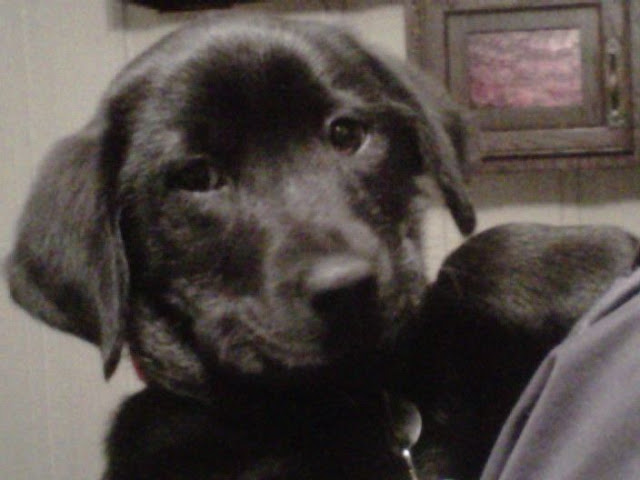 She is beautiful and loving and very playful. When they handed her over to me and I walked out of the long corridor, it was similar to leaving the hospital with a baby. The kids adore her and so do we. I’m so thankful we went to North Shore and I would recommend anyone go there — it’s a very special place filled with love.

Unknown said…
I am so happy to hear that you found your new forever friend Django at North Shore Animal League. I have been a volunteer there for 5 1/2 years and I just love hearing stories like this. I am glad you chose to share your positive experience with your community and even happier that you chose to adopt. I can tell Django has found a great family and will be loved (and love you all) for the rest of her life.
November 23, 2010 at 11:23 AM

Danielle said…
Thanks so much Dorothy! It must so fulfilling volunteering at North Shore. It is such an amazing place and I bet you have great stories. The only hard part was choosing just one pup! I would love to write more about North Shore- I just can't say enough about all the great things you guys do!!! Thanks again!
November 23, 2010 at 1:39 PM