The Lowdown On Chocolate and Dogs During Halloween 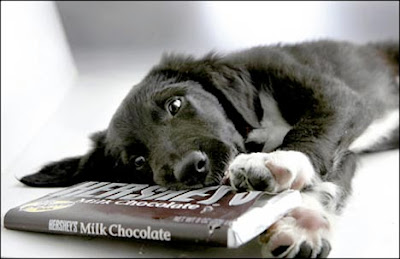 Forget ghosts and goblins: food poisoning is the scariest thing dogs encounter during the Halloween holiday. Petplan pet insurance found that pets are 32% more likely to suffer food poisoning during Halloween week versus any other time of the year. Among the top toxins? Chocolate!

So if Rover raids the Halloween haul, how’s a pet parent supposed to know if he’s in danger of food poisoning? Chocolate is poisonous to pets because it contains toxic theobromine, and different types of chocolate affect pets differently because they have varying levels of theobromine. Baking chocolate has the highest concentration, and is therefore the most toxic – followed by dark, milk and then white chocolate.

If a dog eats chocolate, pet parents need to know three things: how much theobromine the chocolate contains, how much your dog ate and how much he weighs. If your dog ingests close to 20mg of theobromine per pound of body weight, he’s in the danger zone for food poisoning. 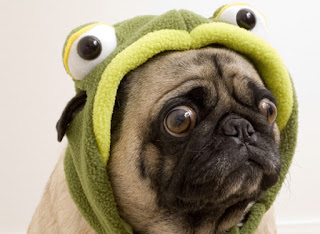 Here’s how to do the math: Multiply the ounces of chocolate ingested by the milligrams of theobromine per ounce and divide that by the weight of the dog in pounds. The closer the resulting number is to 20, the worse the toxic effects will haunt him. For example:

What to do next: A number close to 20 indicates a toxic level of theobromine that can terrorize a pet’s health. Get to the vet or an emergency clinic immediately! If the number is well below 20, your pet’s tummy may turn on him, but you don’t need to be spooked. Call the vet for help.