NEW YORK— Following today’s commendable decision by the U.S. Sentencing Commission (USSC) to consider revising the federal sentencing guidelines for animal fighting, the ASPCA® (The American Society for the Prevention of Cruelty to Animals®) is launching a campaign -- including a compelling new video -- urging the public to actively support stronger sentencing guidelines.

The current sentencing guidelines do not reflect the maximum penalty allowed under federal law, which can discourage federal prosecutors from pursuing animal fighting charges that may only yield a sentence as paltry as six months in jail.

“The current guidelines for dog fighting are woefully inadequate, and don’t come close to matching the heightened seriousness with which Congress, law enforcement, and the public view this barbaric activity,” said Matt Bershadker, ASPCA President & CEO. “By proposing to amend the animal fighting guidelines, the U.S. Sentencing Commission moves us one step closer to giving judges the tools they need to punish these criminals more appropriately, as well as to deter potential criminals.” 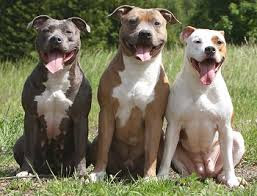 In 2008, Congress acknowledged the depravity of dog fighting by increasing the maximum penalty for participating in animal fighting from 3 to 5 years. They again strengthened animal fighting statutes a few years later when they made attending an animal fight a federal offense and added additional penalties for bringing a child. However, federal sentencing guidelines have not been updated to include these increased penalties, creating a discrepancy between what is allowed under federal law and what is expressed in sentencing guidelines. As a result, convicted dog fighters are receiving unacceptably weak sentences.


To help raise awareness about the need for stronger sentences, the ASPCA has released a video as part of their #GetTough campaign to crack down on animal fighting. Featuring interviews with the public, the video reveals the surprise and disappointment of average Americans once they become aware of the terrible disparity between horrific animal crimes and their inadequate penalties.

“This video clearly illustrates the strong public sentiment that dog fighting is a vicious blood sport that should be prosecuted to the fullest extent of the law,” said Nancy Perry, senior vice president of ASPCA Government Relations. “Congress already spoke up on behalf of animals when they strengthened the federal laws on animal fighting, and we hope the U.S. Sentencing Commission will follow their lead.”

Dog fighting is a felony in all 50 states and the District of Columbia. Although illegal everywhere in the U.S., dog fighting still occurs in every part of the country and in every type of community.

Learn more information on the ASPCA’s #GetTough campaign and their work to end dog fighting, and check out this video.