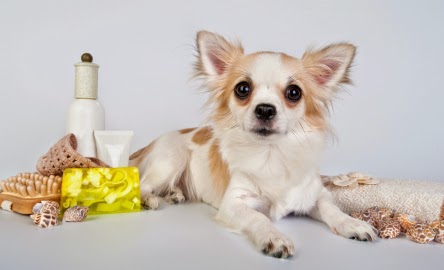 My mother’s Schnauzer mix, Sha Sha, eats just about anything.  I didn’t quite believe just how often she would quickly snap up everything in her sight until a few weeks ago when she swallowed a quarter and a nickel in the blink of an eye. The vet advised my mother to watch her for the next few days as the coins would likely pass.

It’s a very common issue among dog owners and it doesn’t only happen with puppies. The majority of dogs do grow out of the need to eat inedible objects. It can be difficult to pinpoint exactly what a puppy would eat so it’s best to be vigilant about where you dog is allowed to freely roam.

Many dogs and puppies have been known to swallow seemingly unsuitable items, which you might not find in any way enticing or preferable, but they do.

Check out this list of the strangest things swallowed by dogs as witnessed by the ASPCA:

1. Bar of Soap: Perhaps they said a bad doggie word and just felt the need to wash their mouth out with soap?

2. Dishrag: Gross, right? I know. Like we said earlier, you just never really know what your dog might find appealing.

3. Welcome Mat: That will tell you what one pup thought of houseguests!

4. Rocks: We have small rocks in our backyard that line the pavement and when our black lab, Django was little, I was forever pulling them out of her mouth. You wouldn't think rocks would hold any appeal for dogs, but it looks like they certainly do.

5. Tank Top: Gives a whole new meaning to taking the shirt off your back!

6. TV Remote: My dog changes channels when she jumps on the couch but she's never eaten a remote control. Maybe it's the shape (similar to a dog bone) that makes it attractive. In any case, it definitely can't taste good.

7. Money: While no owner would be pleased to find dollar bills chewed up, coins pose more of a threat. They have the potential to become lodged in the body, but most actually do pass from the body harmlessly.

8. Whiffle Ball: Dogs love to play catch so once they settle down with a ball, it makes sense it might continue chewing on it. Since whiffle balls are so slight, it's a good idea to take it away after playing and give them a dog toy with a ball attached to it instead.

9. Corndog Stick: This one I get since the stick presumably smelled and tasted like the corn dog itself. Good reminder for pet owners to dispose of any objects that are left lingering with remnants of food.

10. Peach Pit: Dogs love fruit but it's a must to cut out the pits before they eat it. If not, pits get swallowed up pretty fast.