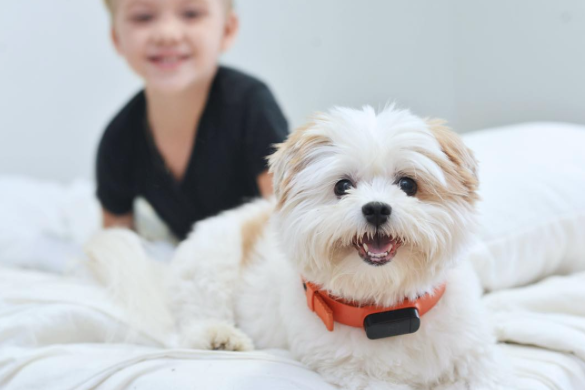 This post is sponsored by The Nuzzle Smart GPS Collar and the BlogPaws Professional Pet Blogger Network. I am being compensated for helping spread the word about the nuzzle Indiegogo Crowd Funding Campaign, but Some Puppy To Love only shares information we feel is relevant to our readers. Nuzzle is not responsible for the content of this article.

One of the best uses of social media by far are the various Facebook pages dedicated to finding lost pets. My neighborhood is a busy one, with large streets packed with cars, buses, and trucks, but is also family-oriented and many people try to look out for each other. When a dog gets lost, many times, s/he is found soon after by a caring neighbor who took the dog in the dog until the owner could be reached. I am always happy to see the owners reunited, but incidences of lost dogs happen too often, and it is the scariest thing that can happen to a dog owner. A few years ago, during a block yard sale, Django ran out of our house. She was just a puppy and she walked out a few feet in front of me. I calmly called her to come toward me, being very careful not to do anything that would make her bolt down the block, all the time my heart pounding. We live on a very busy street and I was terrified. She went to a tree and then came back to me. My heart continued to race for many minutes after that. Losing any of my pets has always been my biggest fear. Honestly, sometimes when Django was younger, I would put two collars on her during our walks.

Before that, our chihuahua Hayley snuck out of our yard under the fence and we could not find her anywhere. I called every rescue and vet, and then the police precinct. Finally, I was able to find her the next day at a precinct. The police were just going to take her to Animal Care and Control in a few hours when I found her! 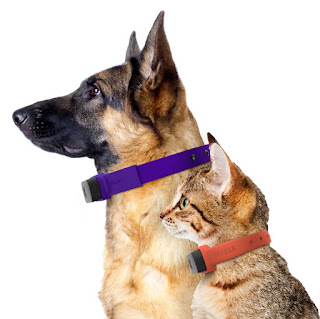 I have looked into getting GPS locators before, but the hefty monthly fees prevented me from following through. So when I heard about Nuzzle® , I couldn't believe that a GPS service finally exists for one initial payment. In fact, Nuzzle is the ONLY smart pet GPS product on the market that does not require a monthly fee. Nuzzle is taking on the costs of the data plan on its own, so you don’t have to make extra fees.

Here are some added benefits:

Geo-fencing: create a virtual fence on the Nuzzle app – when your pet leaves this fence, you’ll be alerted automatically

Impact detection: we’ll notify you if the collar has been hit hard. Either your puppy is playing rough, or may have gotten into an accident.

Waterproof: the collar can survive a rainy day and some puddle play. Don’t submerge it for hours of course ;)

Temperature monitoring: the collar will detect temperature – if you dog is outside too long in the cold, you’ll know! 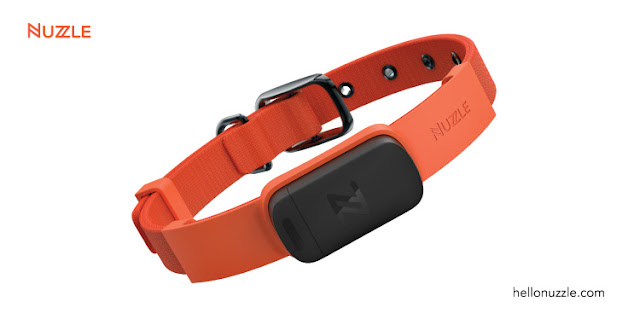 Detachable tracker portion: the Nuzzle tracker can be detached and reattached to your personal collars and harnesses.

Easy Charging: The Nuzzle battery is removable from the collar (the black portion pops right out) so you can charge it and leave your collar on your pet. On tops of that, Nuzzle is providing an additional battery with each Nuzzle collar purchase. So your collar is never left un-charged.

Nuzzle also allows you to check in on your pet and see what s/he is up to, resting, playing, or getting into trouble! And you can use the tracking system for more than one pet and track them simultaneously.

Learn more about Nuzzle, visit their fundraiser page and find them on their social media pages: