8 Naughty Foods To Avoid Giving Your Dog During The Holidays! 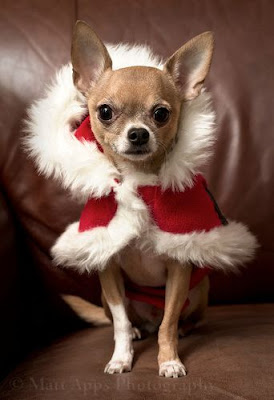 The holidays are hectic. The shopping, the dinners, the packed living rooms and the variety of foods available, and the general sheer chaos of it all are a recipe for our pets to consume things they should not. Little fingers passing treats under the table and pups that help themselves to whatever drops to the floor can make your dog sick to her stomach, or worse.
The following foods, which can cause afflictions in dogs, ranging from mild tummy distress to death, are seemingly innocent and mild foods that might easily be considered harmless. This makes it all the more important that these foods stay on your radar.
Here are eight foods that dogs should not eat:
Chocolate
Luckily, many of us already know that chocolate is highly toxic for dogs. It’s the chemical theobromine that causes the distress. All types of chocolate are harmful. The worst offenders are dark chocolate, unsweetened baking chocolate, and chocolate mulch.

Ok, so what dog is gonna drink coffee? Well, that would be our lab, Django. If you have a coffee cup, she will try to get in your lap and lick it every time. Large consumptions of any caffeine (including those in energy drinks, sodas, cocoa, and even some medications) can cause death. And there is no antidote for caffeine overdose.

Seemingly harmless, grapes and raisins can cause kidney failure. Even a small amount can make dogs sick. Repeated vomiting is a telltale sign.

Just like in humans, too much salt can cause heart, kidney, and liver problems in dogs. Dogs do not need additional salt added to their diet if they are consuming a nutritious dog food, which will already have a small amount of sodium included.
If your dog gets into a bag of chips or another salty snack, it’s OK, and there is no need to panic. Just replenish your dog’s water bowl to ensure that she has enough water to flush out the excess sodium. A dog would have to ingest a great amount of salt to get sodium iron poisoning.
Symptoms include excessive drinking, vomiting, and diarrhea. Too much sodium on a regular basis can also throw off a dog’s electrolyte balance.
Candy and Gum
…but probably not why your think. Any foods sweetened with xylitol can be damaging. Xylitol causes a dog’s blood sugar to drop and might also cause liver failure. As a result, many low-fat, diet snacks are off limits for dogs!
Macadamia Nuts
This seemingly natural food can be fatal to dogs. Just a few can make them sick, and if they eat cookies with chocolate in them, that ups the chance of the consumption being fatal.
Onions and Garlic
A little won’t do any long-term damage, but prolonged consumption of onions and garlic breaks down a dog’s red blood cells, which can lead to anemia.

Just like in an oven, if it ends up in a dog’s tummy, it will rise and expand, causing your dog’s belly to swell — and experience a lot of pain. Oddly enough, when the yeast ferments the dough, it produces alcohol, which might also cause alcohol poisoning.
All dog owners want to safeguard their dog’s health, and accidental ingestion of harmful foods often occurs as an oversight. If your dog starts experiencing vomiting, diarrhea, panting, sluggishness, or just doesn’t seem right, please call your vet. It’s also a good idea to keep the phone number of your local, 24-hour emergency vet in a handy place in your home.