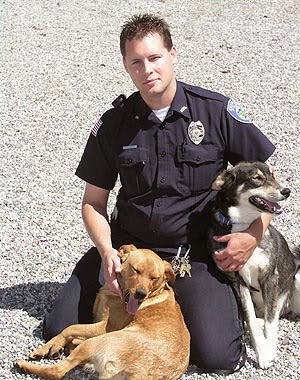 A nationwide poll of law enforcement released today by the ASPCA® (American Society for the Prevention of Cruelty to Animals®) exposes serious obstacles for law enforcement to investigate one of the most horrific forms of animal cruelty—dog fighting. The poll, conducted by Edge Research, found that:

“We receive calls almost weekly from concerned citizens and police officers seeking assistance with dog fighting cases,” said Tim Rickey, vice president of ASPCA Field Investigations and Response. “We know it’s happening in neighborhoods across the U.S., and our goal is for law enforcement to gain more knowledge and capacity to investigate dog fighting autonomously by providing police trainings and additional resources to meet that end.”

Since 2010, the ASPCA has worked with law enforcement on more than 100 dog fighting cases, providing expertise and resources, including the two largest dog fighting raids in U.S. history in 2013 and 2009. In 2014 alone, the ASPCA trained nearly 700 officers to investigate dog fighting, four times more than the number of officers trained in 2010. Additionally, the ASPCA worked with the U.S. Department of Justice to create a Dogfighting Toolkit for Law Enforcement that has been utilized by nearly 3,000 officers across the country.

“Even though dog fighting is a felony in all 50 states, dog fighting still takes place across the country, and represents the worst of human nature,” said Matt Bershadker, ASPCA president and CEO. “When our society and our laws reflect the true seriousness and depravity of this crime, many more lives will be saved from suffering.”

The ASPCA recently launched a “Get Tough” campaign urging animal advocates, law enforcement, prosecutors, government agencies and the public to crack down on dog fighters. People are encouraged to voice their concern on social media using the hashtag #GetTough and signing the ASPCA’s letter to the Department of Justice, asking for more vigorous pursuance of dog fighters. More information about the campaign is available at www.aspca.org/gettough.