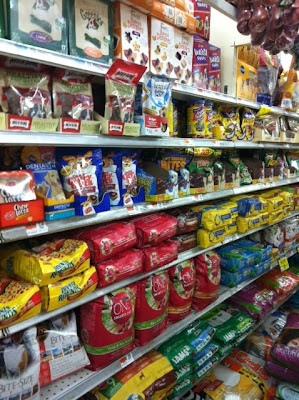 You have likely heard about the recent, multiple deaths of dogs around the country, which officials are linking to jerky treats, many made in China.

CBS News reports that the illness linked to jerky treats can cause kidney failure, internal bleeding, and death. Almost 4,000 dogs have come down with the mysterious disease and over 500 have died since 2007, but the exact cause of the deaths has not been determined.

"This is one of the most elusive and mysterious outbreaks we've encountered," veterinarian Dr. Bernadette Dunham, director of the FDA's Center for Veterinary Medicine.

Symptoms include "decreased appetite, decreased activity, vomiting, diarrhea (sometimes with blood or mucus), increased water drinking, and increased urination within hours of eating the treats. About 60 percent of cases involved gastrointestinal illness, and about 30 percent involved kidney and urinary systems. Severe cases may present with kidney failure, gastrointestinal bleeding, and a rare kidney disorder. The remaining cases involved a variety of symptoms, such as collapse, convulsions or skin issues."


Now the FDA has called on vets around the country to report the findings of their patients to them (with pet owner's consent) and also to warn owners to be on the lookout. As a result, many vets are advising their patients to stop buying any jerky treats for their pets. Back in January of 2013, chicken jerky treats were pulled form shelves after researchers discovered their were at least six different type of drugs found in them.
I admit that in the past, I have unknowingly purchased treats that were not made in this country, but I never would now. I am so conscious of buying dog food from established companies, which, of course is no guarantee of complete safety as we know from the many food recalls for humans. There are so, so many foods to choose from and I think the best rule is to be on guard:
—Only buy foods that are well known from reputable companies. If you don't know the company, do some research before you buy it.
—Buy food that is made here in America- it makes no sense not to. The FDA holds certain safety requirements for pet food that are not mandatory in other countries.  Buy food only in reputable stores.
—In my experience, many of the treats made overseas can be found in dollar stores and savings marts. Stay away from those and buy in pet food stores or supermarkets, but read the labels before you purchase. I searched in my local Key Food supermarket yesterday and thankfully, there was not one package of treats was not made in the U.S.
—Finally, let's also help spread the word. Get the word out to every pet owner to do the same. It takes just a few seconds to scan a food item and can save your beloved pup's life.