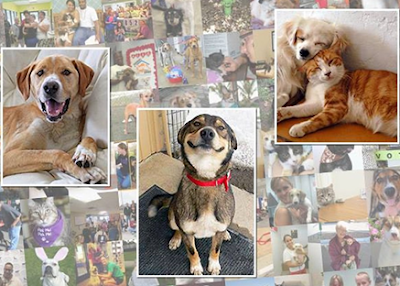 Have you heard about the ASPCA Rachael Ray 100K Challenge? Now in its fourth year, this annual nationwide challenge asks 50 participating animal shelters to compete with each other but also against themselves. Their challenge is to use the months of June, July, and August to increase their adoption numbers higher than their own numbers from last year during the very same months. The shelter that increases their numbers the most will receive a $100,000 grant from the ASPCA and Rachael Ray.  Other contestants will vie for a chance to bring home some of nearly $500,000 in additional grant prizes.

During last year’s challenge, shelters involved in the ASPCA Rachael Ray 100K Challenge over 56,000 cats and dogs, marking an increase of 14,376 from the previous year. For a full list of participating shelters, visit challenge.aspcapro.org.

You might have noticed that when the challenge began (June 1st), many shelters had adoption drives all weekend. Adopting a pet is one of the best ways to helps animals. All of my furry children have been rescues, and I have great admiration for every animal shelter and all of its employees who work every single day helping care for those pets that no one else cares about. If you are on the fence about adopting a pet (or another pet), I’d encourage you to visit your local shelter and talk to the employees. Many times, they can help alleviate your concerns and answer your questions regarding a new, potential pet.

In an effort to support this challenge, Some Puppy To Love is giving away a giftpack courtesy of the ASPCA for your pet.
Among other things, the giftpack contains ASPCA We Are Their Voice T-Shirt, Fight Cruelty Tote, ASPCA Pet Frisbee, Rachael Ray 30 Minute Meals Cookbook, Rachael Ray Nutrish® Soup Bones™ Real Chicken & Veggies Flavor, and other goodies for your pet. 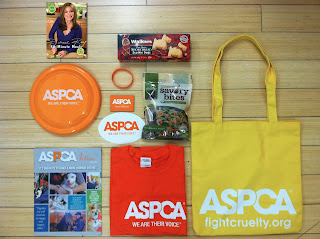 To enter, like us on our Some Puppy To Love Facebook page, and then send us a Facebook message with your name, name and breed of your pet, and email address. Winners will be announced on September 6th.